The main purpose of the defence of fair comment is to protect each individual’s right to the freedom of speech[1], and to allow for comments to be made on matters of public interest[2] in order to encourage “fair discussion” and “diversity of opinion”[3].

There are four elements that are required to be satisfied for the common law defence of fair comment to apply:

Whether a statement is made as a comment or statement of fact is determined by the circumstances and context of the publication made[5]. This is determined objectively by establishing:

Where fair comment may apply as a defence to a claim for defamation, it must be determined that the facts on which the comment is based were either substantially true[10], truly stated[11], or otherwise fall under the defence of absolute privilege. The defendant must be able to identify and prove that the facts upon which he or she relied to make the comment were known to those who received the comment[13].  (essentially, a third party reader or receiver of the material[12]), or alternatively, that those facts would have been known to a reasonable reader. Additionally, the facts relied upon must have existed at the time of the publication of the comment[14]. If the facts that the comments were based on, were inaccurate, then the defence of fair comment will fail[15].

For further information about statements of fact made on privileged occasions, please refer to our articles on “Absolute Privilege”, “Qualified Privilege”, and “The Defence of Protected Reports”.

In order for the defence of fair comment to succeed, the defendant must establish that the comment made related to a matter of public interest. In the case of Gardiner v John Fairfax & Sons Pty Ltd[16] , the Court held as follows:

“Matters for public interest include the conduct of people or institutions engaged in activities that either inherently, expressly or inferentially invite public criticism or discussion[17], for example, public figures[18], literary or artistic works[19], governmental affairs[20], the administration of justice[21], health and education[22], politicians and political events[23], public corporations and their directors[24], sporting events and sportsmen and sportswomen[25].”

Matters that will generally not be held to be in the public interest include matters involving contempt of court, personal comments[28], and private contracts[29], matters of risk to national security, and matters that go against current social standards[27].

Additionally,  for the defence of fair comment to apply , the comment made must be an honest expression of the publisher’s opinion on the matter[30]. The test in establishing honesty is a subjective one[31]. In other words, the opinion held by the publisher does not need to be correct or true in order to satisfy this requirement; it just needs to be honestly held[32].

The concept of fairness is crucial in order for the defence of fair comment to apply. Simply put, the defence of fair comment will fail if the comment made is unfair[36]. Fairness is determined by considering the honesty of the publisher in expressing their opinion[37]. The test applied by the courts in establishing whether a comment was fairly made is the extent to which an honest person would have the ability to express their opinion taking into consideration the evidence and facts available at the time[38].

Other circumstances where the defence of fair comment may be relied upon involves situations where the defendant publishes another person’s comment, even though he or she may not have the same opinion as that person[39]. For example, a newspaper may publish letters to an editor referencing matters of public interest or of public forums by the media[40]. Under these circumstances, the defence of fair comment would be available in order to allow for the media to provide a platform in which the public can express itself and share conflicting perspectives[41].

Fair comment is one of three main defences to defamation claim that can be defeated by malice[42]. Proof of malice would deem any comment unfair in law, and the defence of fair comment would consequently fail[43]. Furthermore, a claim of malice would demonstrate that the opinion expressed was not, in fact, honestly made[44].

While the establishment of malice to defeat a defence to a claim for defamation has been further considered by the court in relation to claims of qualified privilege, it is unclear to date whether the same variance of malice would generally be applicable in relation to the defence of fair comment. There is little case law in Australia today to illustrate the courts’ view on this point, and as such, the defence of fair comment is one that remains a subject for further examination and criticism[45].

If you have been accused of publishing a defamatory comment which you made believing the comment to be a fair and honest expression of your opinion and views on a matter of public interest, you may be able to rely on the defence of fair comment to defend the claim against you. Contact Harris Defamation Lawyers today for an obligation-free consultation to discuss your legal rights and options.

Defence of Fair and Accurate Reports of Certain Proceedings 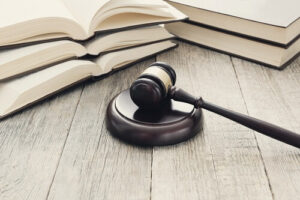 The Defence of Partial Justification

Overview of Defences in Defamation Law

The Defence of Justification 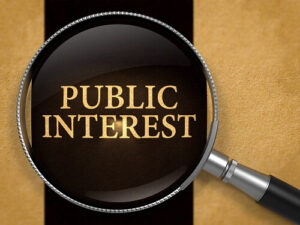 Defence of Fair Report of Proceedings of Public Concern