Overview of Defences in Defamation Law

This article briefly outlines the main defences available to defendants under Australian defamation law, the purpose and scope of the defences incorporated in legislation as outlined in section 24 of the Defamation Act, and some common components that the courts will consider in assessing the merits of a defamation claim.

Additional common law defences that are not expressly listed under sections 24 to 33 of the Defamation Act include, but are not limited to:

Scope and Application of Statutory and Common Law Defences in Defamation

Defences that are recognised in Australian defamation law can be applied simultaneously to defend a defamation claim, regardless of whether the defences are common law or statutory defences.

Subsection  24 of the Defamation Act states as follows:22

Matters of Consideration in Defamation Claims

In determining whether or not to uphold a defamation claim or to award damages to a plaintiff seeking relief for defamation, there are a number of things that the court may take into consideration. Three of the main components that will generally form the the basis of the court’s assessment include:

The Natural and Ordinary Meaning Test

In order to determine whether words contained in a particular publication convey defamatory imputation, the court will consider the natural and ordinary meaning of the words published. This can be referred to as the ‘Natural and Ordinary Meaning Test’ or the “Reasonable Person Test’.

The Natural and Ordinary Meaning Test is an objective test that aims to determine whether an ordinary and reasonable person would find the publication defamatory. The are two main components to carrying out the test:

In defamation claims, what is considered defamatory in the eyes of ‘an ordinary and reasonable reader’ will be determined by focusing on the publication itself and excludes any evidence given at trial[3].

The court in Asbog Veterinary Services Pty Ltd & Anor v Barlow[4]defined what is considered ‘an ordinary and reasonable reader’ as follows:

“The ordinary, reasonable reader is a person of fair, average intelligence who approaches the interpretation of the publication in a fair and objective manner, not overly suspicious, not ‘avid for scandal’, not searching for forced meanings and not naïve. This person can, and does read between the lines, in the light of his general knowledge and experience of worldly affairs…takes into account the forum in which the statements were published. The mode or manner of publication can affect what imputation is conveyed.”

In the case of John Fairfax Pty Ltd v Rivkin[5], Lord Reid described what is considered an ‘ordinary man’ as follows:

‘The ordinary man does not live in an ivory tower and he is not inhibited by a knowledge of the rules of construction. So he can and does read between the lines in the light of his general knowledge and experience of worldly affairs’.

Whether the Reasonable Person Test should be the main test used in practice to determine whether or not a particular material or publication is considered defamatory remains a widely debated topic in Australian defamation law. The test has been heavily criticised, and it is debated whether its use should aptly be discontinued. A number of critics lobbying for the test’s discontinuation have further indicated they consider judges ought to determine an outcome at trial for themselves rather than relying on the concept of what an ‘ordinary person’ might consider reasonable [6].

In his decision, Lord Devlin illustrated the concept of true innuendo as follows:

“To say of a man that he was seen to enter a named house would contain derogatory implication for anyone who knew that that house was a brothel but not for anyone who did not.”

The court held that the words, as stated, were incapable of conveying the imputations alleged by the plaintiff, and the defamation claim ultimately failed.

Subsection 24(2) of the Defamation Act states as follows[9]:

In essence, subsection 24(2) refers to an exception to the application of otherwise pertinent defences in defence of a claim for defamation where the imputations arising from defamatory publications are proven to have been actuated by malice. The onus is on the plaintiff to establish that the defendant acted with malice in publishing the publications complained of. Where malice can be established, the application of any defence claimed by the defendant will fail, irrespective of whether or not the defence may otherwise apply.

In Noone v Brown[10], the court noted the following matters as relevant indications in establishing the presence of malice:

In assessing the factors outlined by the court in Noone, it is evident the courts will rely on circumstantial evidence in determining whether malice can be established. The onus is not on the defendant to disprove that the publication was published without malice, but rather on the plaintiff to prove the defendant’s improper motive in publishing the defamatory statements complained of[16].

Malice is commonly referred to as a “desire to harm someone” or a “wrongful intention”. Whilst the term ‘malice’ in and of itself encompasses a similar primary meaning it law, the legal interpretation of malice with respect to its application in defamation matters is far more complex.

In a claim for defamation, malice only becomes relevant when the publication of defamatory matter is alleged to have arisen out of ill will or spite towards the plaintiff by the defendant[17]. However, it malice does not necessarily need to be directed specifically at the plaintiff[18]; even where malice is directed towards another person, proof of malice may still defeat a defence to a defamation claim.[23]

Malice at common law requires much speculation and consideration of the specific circumstances of each individual case. Mere presence of malice will not suffice to defeat a defence to a claim for defamation[20]; rather, it needs to have been an operative part in creating the publication[21].

If you are a defendant in a defamation claim, there are a number of defences that may be available to you in defence of the claim against you, both under statute and in common law.

If you are seeking to defend a claim for defamation brought against you, or you are seeking advice on whether a particular defence might apply to your case, contact Harris Defamation Lawyers today for a no-cost, obligation-free consultation to discuss  your legal rights and options. 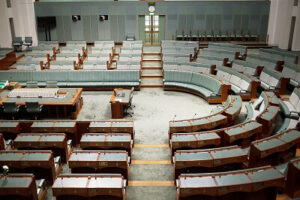 The Defence of Absolute Privilege

Defence of Fair Report of Proceedings of Public Concern

Defence of Fair and Accurate Reports of Certain Proceedings

The Defence of Justification