What is Defamatory Material?

In today’s world, anyone can claim that just about anything is defamatory material. With evolution from just verbal or written statements, also known as slander and libel, to statements conveyed over the internet, not to mention the unlimited access to information may include many different forms of defamatory material. This change was one of the primary reasons why Australia abolished slander and libel from legislation.

We now have the following forms of publication: verbal which speaks for itself (pun intended), written which includes handwritten, posts, tags, and emails, and other forms which include pictures, drawings, paintings, videos, and audios. Please note that this list is not exhaustive. For example, in the case of Urbanchich-v-Drummoyne Municipal Council[1], the Plaintiff brought a defamation claim against the Defendant regarding a poster on a bus of the Plaintiff with Adolf Hitler and men in Nazi uniforms. The Court held that the poster was considered defamatory material. In the case of Trkulja v Google Inc LLC (No 5)[2], the Plaintiff was defamed by the Defendant when his images came up in a search result amongst criminals involved in the Melbourne underworld. The Court held in favour of the Plaintiff.

Whether material is defamatory depends on whether the elements of defamation can be proven and how it may be interpreted. This article will discuss what constitutes defamatory material and how the courts determine defamatory imputations.

In order for a successful defamation claim, there are three elements that must be satisfied. They include identification of the aggrieved, publication of defamatory imputations, and communication to a third party. First, showing that the aggrieved is identifiable in the defamatory publication is necessary for it to affect one’s reputation. As in the case of Consolidated Trust Co Ltd v Browne[3], where the Plaintiff was identified by his title and role as Prime Minister.

Second, when determining what has been published that constitutes defamatory imputations, the court must consider the following:

For additional information on the above list, please refer to our article on “What is Defamatory Capacity and Meaning and How is it Interpreted?.”

Third, defamatory material needs to be communicated to a third party in order for it to affect one’s reputation. A third party can refer to anyone, by any means capable of communicating information. This can include telephone, SMS, email, and social media platforms, to name a few. In the case of Lazarus v Deutsche Lufthansa AG[5], the Court found that because the publication reached such a wide audience, the Plaintiff was not required to particularise who the third party was, as there may well have been many.

For further information on the elements in defamation and how they work please refer to our articles on “Elements of Defamation,” “Identification of the Plaintiff,” and “Publication of Defamatory Matter.”

Overall, in today’s world almost anything can be defamatory material as long as it is capable of conveying defamatory meanings. Some examples which we would not normally consider are caricatures and images. Evidently, the courts consider three simple elements when determining the outcome of a defamation claim. These are identification, publication, and communication to a third party. 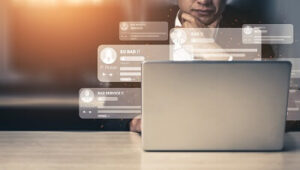 What are the Elements of Defamation? 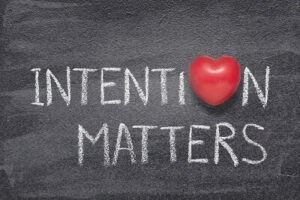 What is Defamatory Capacity and Meaning and How is it Interpreted?

Identification of Plaintiff in Defamatory Material