This article should be read as a warning to anyone who seeks to provide a review of a business or service provider in terms of avoiding being sued for defamation. It is also informative to the owner of a business who uses websites that allow reviews of their business to be made which is quite common today with the use of Google. Suing someone for defamation can be worthwhile if the case is won. The added publicity of Court proceedings can, however, make the situation worse. Obtaining an injunction for the removal of the review from the internet and to prevent further similar publications may be a way of resolving the matter, but again this may attract further publicity potentially causing further damage to a person’s reputation.

Defamatory publications can be made by various means in many forms including verbally, written, on social media, by video and through images. This list is not limited. Successful defamatory statements required three main components: that the material is defamatory; that is identifies the Plaintiff, and that it has been published to a third party.

Defamation can damage a person’s reputation and negatively affect their standing in society. The precise explanation of what is considered defamation is described in the case of Queensland Newspapers Pty Ltd v Palmer1.

Alternative actions, other than defamation, that are available to a business or service provider include misleading and deceptive conduct and injurious falsehood. These two causes of action are discussed in our other articles entitled “Misleading and Deceptive Conduct and Defamation” and “Defamation and Injurious Falsehood on the Internet”. We also have a more detailed article entitled “Injurious Falsehood”.

The defences to a claim for defamation that would most commonly be used by a reviewer would be:

For more detailed information on each of these defences please see our other articles entitled “Fair Comment”, “Honest Opinion” and “Justification”. Below is a brief outline of each defence.

This defence is recognised in the common law and in the Defamation Act 2005 of the national uniform defamation laws. It is found in Section 25 (or possibly a different section in States or Territories other than Queensland). For the defence to be successful a Defendant need only show that the imputations arising from the statement are substantially true not completely true.

The Defendant bears the onus of proving the truth of the matter.

For the defence of fair comment to be successful, the Defendant must honestly believe that his or her comment is fair. If the Defendant is motivated by malice, ill-will, spite, animosity, intent to injure or intent to arouse controversy then that will be compelling evidence of a lack of an honest belief in the view expressed2. The statement must be one of comment, not fact and must be in the public interest. A comment is “something which is or can reasonably be inferred to be a deduction, inference, conclusion, criticism, judgment, remark, observation, etc.3”

The Defendant bears the onus of proof to show that all elements of this defence are present.

The defence of honest opinion is similar to fair comment. The defence is a statutory defence found in Section 31 of the Defamation Act 2005 of the national uniform defamation laws. The various States and Territories throughout Australia have adopted slightly different legislation so the defence may be found in a different section of each State or Territory defamation legislation, however, the elements are the same.

What is required for this defence is that there must be an expression of opinion, rather than a statement of fact, that it relates to a matter of public interest and the opinion is based on proper material.

The Defendant bears the onus of proving that the alleged defamatory matter was a statement of honest opinion.

In Asbog Veterinary Services Pty Ltd & Anor v Barlow4, a vet and his practice sued a former client who posted various complaints about the vet and his practice on Facebook and Twitter. The posts were held to be defamatory as they could not be justified by any defence. The Defendant was ordered to pay $25,000 plus interest and costs. The Defendant admitted that her statements gave rise to imputations that the company grossly overcharges clients, engages in unfair and unreasonable business practices, and takes advantage of its clients. The vet provided evidence that those imputations were not true at all.

And don’t think that if you try to leave an anonymous review or use a pseudonym you will get away with it!

In Kabbabe v Google LLC5 a dentist in Victoria received a bad Google review from an anonymous person who made various allegations about the dental treatment he or she had supposedly received from Dr Kabbabe. Dr Kabbabe wrote to Google asking it to remove the review from the internet and asked Google for identifying information about the reviewer. Google refused to remove the review from the internet and refused to provide Dr Kabbabe with identifying information about the reviewer. Therefore, he commenced proceedings against Google in the Federal Court of Australia so that he could obtain the information by way of Court order for preliminary discovery.

A similar situation arose in the case of Colagrande v Telstra Corporation Ltd6. That case involved a Gold Coast plastic surgeon, Dr Colagrande, who had been accused of assaulting a female patient. At first instance he was convicted of the assault. He appealed the conviction to the Court of Appeal of Queensland and the conviction was overturned and quashed. However, an anonymous reviewer left a review on a website devoted to reviews of doctors, with a hyperlink to a news article about the previous conviction of assault which was overturned on appeal. The review was left after the date upon which his conviction for assault was overturned. Dr Colagrande was successful in seeking Court orders that Telstra provide him with information to enable him to identify the anonymous reviewer via her Internet Protocol (IP) address.

Another case involving an anonymous reviewer of a business is Kukulka v Google LLC7. Again, the Applicant was seeking leave of the Federal Court to commence proceedings against Google LLC in the United States of America in order to obtain identifying information about the anonymous reviewer. As in Kabbabe8, the Applicant was successful in obtaining leave of the Court to commence proceedings against Google LLC.

In Blue Angel Pty Ltd v John Fairfax and Sons Ltd9, also known as the Leo Lobster Case, a review of the Blue Angel Restaurant by food critic, Leo Schofield, was published in the Sydney Morning Herald. He apparently ate a lobster dish as well as two other dishes and gave a scathing review using humour. He stated that the lobster was overcooked “leaving a charred husk of a shell containing meat that might have been albino walrus.” He further described the lobster as “carbonised claws contained only a kind of white powder” and that the cooking of the lobster “was close to culinary crime”. The food critic’s defences of fair comment and truth failed and $22,000 was awarded to the First Plaintiff and $78,000 to the Second Plaintiff, plus interests and costs. Witnesses in favour of the Plaintiff attested to the good food which they had eaten at the restaurant. The jury found in favour of the Plaintiff, who argued that the food critic had exaggerated and falsified his claims.

This defamation claim about a review of Sydney restaurant, Coco Roco, made its way to the High Court of Australia. A review about the restaurant, its food, and service were published in the Sydney Morning Herald and on its website alleging that the restaurant served “unpalatable food”, that it was overpriced and the service was poor. The Plaintiffs sued for defamation as well as Injurious Falsehood, which is a cause of action referred to above. At trial, the Plaintiffs lost their case, but they appealed to the Court of Appeal and won. The Court of Appeal found that the jury verdict at the trial was unjustifiable and should be set aside. The Defendants, the newspaper owner and the restaurant critic, appealed to the High Court but the High Court dismissed their appeal. The published review of the restaurant was held to be defamatory. Damages of over $600,000 were awarded including damages for economic loss, aggravated and exemplary damages.

In summary, if you are going to publish a review of a business or service provider:

Above all, stick to the truth. 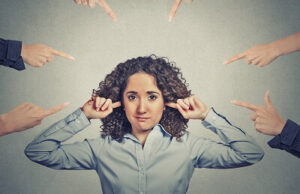 Defamation and Being Called A Suspect in a Criminal Matter 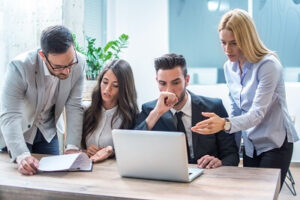 Defamation in the Workplace