Has someone defamed you? Maybe it was someone you know. Perhaps, a family or friend?

Defamatory remarks against family and friends are made all the time, but we often do not hear about it. Perhaps, it is due to family and friends resolving their disputes amongst one another. Given the potentially lengthy relationships involved, people are more inclined to apologise and remedy defamatory statements. But what happens if they don’t?

What Can I Do About It?

Your options to resolve the matter would be to have a letter drafted and sent to the other side. In defamation matters, a Concerns Notice will outline the issues and how it has caused you reputational damage. The letter will also request an apology, that the defamatory material is taken down (if it is published online) or that it is corrected as appropriate, and an offer to make amends. An offer to make amends is essentially a response to the Concerns Notice, requesting that the other side to resolve the matter however they see appropriate. Usually, this entails monetary compensation for the reputational loss suffered from the publications.

But I Defamed Them

On many occasions, we find that defamatory remarks made by family and/or friends are trivial. If matters proceed to trial, the publisher can use the defence of triviality.

The defence of triviality is in section 33 of the Defamation Act 2005 as follows:

In the legislation, the reference to harm is that of reputational harm. That is, that if the defence of triviality is used in defamation proceedings, the gist of the defence is examining that the Plaintiff’s reputation was not harmed.

It is common to see parties in family law matters attempting to sue one another in defamation for statements arising from Court proceedings. It is important to note, that, on many occasions, this is privileged information and can be completely defended by absolute privilege. In other words, anything stated in Court proceedings, whether it is true or false, cannot be used as a cause of action against another person in defamation.

Absolute privilege is covered under Section 27 of the Defamation Act 2005 which is a complete defence when publications are found to be made during Court proceedings or parliamentary body proceedings.

They Did It Outside Proceedings

One instance is in the case of, Dabrowski v Greeuw[2],  where the parties were undergoing family Court proceedings when the Defendant published a post on Facebook claiming that she had been in a relationship in which she experienced domestic violence and was currently in Court proceedings fighting for the children. Evidently, the Plaintiff claimed that defamatory imputations arising from this post indicated that the Plaintiff was a person who had committed domestic violence against her during their relationship. The Defendant attempted to rely on the defence of justification, stating that the publication was substantially true. The Court ruled in favour of the Plaintiff.

Unfortunately, there are also situations where long standing friendships can end and lead to defamatory statements being made. Like in the case of Grattan v Porter[3], where the parties consisted of two couples, one with a 8  year old daughter. Occasions arose where the Plaintiff would offer to supervise the daughter while the rest of the group went out together. The friendship lasted over three years and ended for unknown reasons. Soon after, the Defendants published defamatory statements claiming that the Plaintiff was a paedophile. The question of whether malice was present arose.

In this case, the defence of qualified privilege was relied upon by the Defendants.

The Court held that while the defence of qualified privilege was made out, the Defendants’ purpose of making such statements were out of spite and ill will, which established the presence of malice. Consequently, the Court ruled in favour of the Plaintiff.

As illustrated, defamation claims against family and friends and even former friends can be challenging. Under some circumstances, it can make or break a relationship if you decide to commence court proceedings. But in many case it may not be necessary to take it that far.

At Harris Defamation Lawyers, we understand that you may not want to take such drastic action against someone with whom you have a relationship. We can assist you through the process of resolving the matter before it gets out of hand. 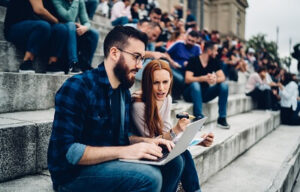 What Can You Say About an Australian Politician?

Defamation in Newspapers and Magazines