The national, uniform defamation laws provide that a defamation action must be commenced within one (1) year from the date of the defamatory publication.

In all States and Territories of Australia, the legislation provides that the time limit for commencing a defamation action can be extended by the Court to three (3) years from the date of publication if the Court finds that it was not ‘reasonable’ for the Plaintiff to commence within one (1) year. In Queensland, New South Wales, Victoria, South Australia and the Northern Territory the relevant legislation also provides that the Court is not to grant any further extensions of time beyond the additional three (3) years.

Schedule 2[1] of the Defamation Amendment Bill 2020 [NSW] which is due to commence imminently following proclamation, provides for the one (1) year limitation period for the commencement of defamation proceedings to be automatically extended by an additional period if a Concerns Notice is given to the proposed Defendant on a day within the period of fifty-six (56) days before the limitation period expires.

Generally, in personal injuries matters in Australia, the limitation period is three (3) years from the date the cause of action accrued, for civil matters it is six (6) years, and in some matters in the Northern Territory it is three (3) years. The reason that the limitation period in defamation matters is much shorter than in other matters is because one of the essential elements of the cause of action is damage to reputation.  In all causes of action, the Plaintiff has a common law obligation to mitigate damages.  Hence, the longer the publication has been in existence and able to circulate through the ‘grapevine effect’ the greater the damage to the Plaintiff’s reputation.  In addition to mitigating damages there is an intention on the part of the legislators to limit the amount of time for which a publisher may be exposed to liability. The Courts talk about reducing the amount of time that a Defendant may have the possibility of litigation ‘hanging over their head’ and the right of a Defendant to ‘get on with their lives’. The legislative intent behind the one (1) year limitation period includes the encouragement of early and/or speedy resolution of disputes1 and to “encourage plaintiffs to seek to vindicate their reputations at the earliest possible opportunity”2.

After the expiration of a limitation period a matter is said to be ‘statute barred’.

The Concerns Notice, whilst not the commencement of Court proceedings, must therefore be issued to the Defendant within the one (1) year limitation period. This is detailed by Section 14 (1) of the Defamation Act 2005.

A person who has received a Concerns Notice may serve a Further Particulars Notice on the aggrieved requesting particulars of the imputations of the alleged defamatory material. The aggrieved then has fourteen (14) days within which to provide the further particulars.

If the further particulars are not provided within the fourteen (14) days, then an aggrieved is taken not to have given a Concerns Notice. This is detailed by Section14 (4) of the Defamation Act 2005.

Applying to Court to Extend the Limitation Period

The common law does allow a party to commence proceedings out of time. The Plaintiff would need to make an application to the Court for a Court order extending the limitation period. When exercising its discretion on extending limitation periods, the Court considers all of the circumstances of the case, including the following:

The relevant statutory provisions in Australia are as follows:

Lack of Funds to Pay Lawyers

In Carey v Australian Broadcasting Corporation4, Justice McCallum dismissed an application for an extension of time in a defamation matter stating at5:

“However, I do not think that the absence of certain access to funds is a circumstance by reason of which it is “not reasonable” to commence proceedings within the prescribed period.”

Not Aware of Publications and was Depressed and Unwell

In Joukhador v Network Ten Pty Ltd6, the Applicant applied for an extension of time to file defamation proceedings, argued that he was unaware of the existence of the alleged defamatory publications as he was in jail and following his release, he had to defend criminal charges and became depressed and unwell. The Court held that he was wilfully blind to the existence of the publications and that there was no medical evidence tendered in support of his argument that he was depressed and unwell and thus, dismissed his application for an extension of time. Justice Abraham of the Federal Court of Australia stated7: 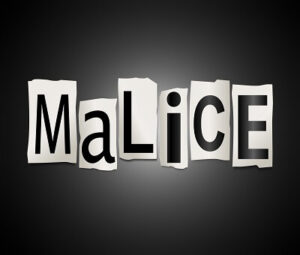