How do I get an Apology?

An apology can be obtained by sending out a Concerns Notice, in which specific provisions are requested from the Defendant in order for an acceptable Offer to Make Amends. The provisions differ depending on the circumstances of each case. The most common provision is requesting an apology that would be published by the Plaintiff on platforms on which he or she has been defamed. An apology is significant in defamation matters as they provide a more effective remedy than the Court awarding damages. Further, they must meet the requirements that they are made in a timely manner, are adequate, and are full and complete in order to contribute to mitigating damages.

Requirements of an Apology

Firstly, apologies are required to be made in a timely manner, in that it is provided immediately after becoming aware that they have made defamatory statements about the Plaintiff. Usually, the Defendant becomes aware of their actions and the potential harm they have caused through the Concerns Notice. While they have 28 days to make an acceptable Offer to Make Amends, it is best if the apology is provided as soon as possible. In the case of Carson v John Fairfax & Sons[1], the Respondent published an apology eight months after proceedings had commenced. This apology was considered delayed.

Thirdly, apologies are required to be full and complete in addressing all issues and expressing remorse for the harm caused to the Plaintiff[4].

Reflection of Apologies in Assessing Damages

Notably, apologies do not add to or reflect on admission of fault or liability in relation to defamation matters. Section 20 of the Defamation Act 2005 (Qld) signifies that apologies do not constitute an admission of fault or liability regarding the matter and cannot be a factor in determining liability. Furthermore, apologies cannot be used as evidence in civil proceedings in relation to liability or fault of the matter however, they can be used as evidence in connection with damages[5]. On that same point, apologies cannot be used to eliminate damages for the Defendant only to mitigate[6].

In mitigating damages, an apology which satisfies the abovementioned requirements will reduce damages in favour of the Defendant. This is because a proper apology will demonstrate that the Defendant is remorseful for his or her actions in publishing defamatory material and will reduce the Plaintiff’s injury caused by the publication.

For further information regarding damages please refer to our articles on “Damages”, “Mitigating Damages”, and “Aggravating Damages”.

Do you want an apology from someone? Our defamation lawyers at Harris Defamation can draft your Concerns Notice and assist with the right advice from the start. 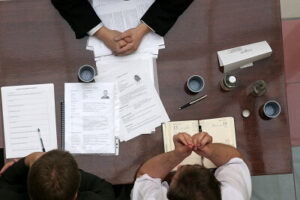