A Concerns Notice is a notice that is drafted by the aggrieved and sent to the publisher of the defamatory matter. The notice particularises the statements made, the imputations the statements convey, how it affects the reputation of the aggrieved, and in turn requests for an Offer to Make Amends.

It is important to send a Concerns Notice to the publisher as it demonstrates an attempt at resolving the matter prior to commencing proceedings, which judges tend to favour as it avoids the likelihood of lengthy trials. Accordingly, the Court will be more likely to award indemnity costs against the publisher if a reasonable offer was made and was rejected. Correspondingly, it is much more time and cost effective to proceed with a Concerns Notice as opposed to commencing legal proceedings. Your lawyer will make you aware of this.

Is a Concerns Notice Mandatory?

Currently in Australia, it is not mandatory to issue a Concerns Notice prior to commencing proceedings. For example, in the case of Mohareb v Booth[1], the Court found that while the Plaintiff did not initiate to resolve the matter prior to commencing proceedings with a Concerns Notice, that the Statement of Claim was sufficient as long as it particularised the imputations of the defamatory matter. However, amendments to issue a Concerns Notice to the publisher will become mandatory across all States and Territories in Australia. New South Wales will be the first state to implement the requirement of Concerns Notices, as in August 2020 they assented to the amendment bill. Following that, will be South Australia who have passed the amended bill in 2020. While sending a Concerns Notice is not yet compulsory in Australia, it is common and good practice to send them.

An Offer to Make Amends is made within 28 days of the Concerns Notice being given to the publisher and it cannot be made after that period has lapsed. It is essentially an offer to resolve the matter before it proceeds to trial. As per Section 15 of the Defamation Act 2005 (Qld), an Offer to Make Amends must be in writing, considered an offer, if limited than particularised at to the limitation of the offer, an offer to correct the defamatory imputations, an offer to pay reasonable fees incurred, and an offer to make third parties of defamatory matter aware that the matter is defamatory.

Withdrawal of Offer to Make Amends

A publisher has the option of withdrawing their Offer to Make Amends, as long as it is withdrawn before acceptance by the aggrieved. Following this, the publisher may make a renewed Offer to Make Amends, however this effects the time limitations. Further, a renewed offer may not affect the time limitations if the renewed offer is made within 14 days after withdrawing and if there was a genuine attempt to address matters of concern. This is detailed by Section 16 of the Defamation Act 2005 (Qld).

Apologies are commonly requested from the aggrieved in Concerns Notices to the publisher. It is important to note, that these apologies do not form an express or implied admission of liability of a publication. Additionally, Apologies cannot be used in civil court proceedings as evidence of liability of the matter. Section 20 of the Defamation Act 2005 (Qld) details the effect of apologies made in defamation matters.

At Harris Defamation, our team of lawyers are skilled in the area of defamation law. We can advise you with the best ways of proceeding with your defamation claim, draft or respond to a Concerns Notice with an appropriate Offer to Make Amends and settle your matter once and for all. If we  cannot help you resolve the matter with a Concerns Notice, we can advise you on how to proceed to litigation and repair your good reputation. 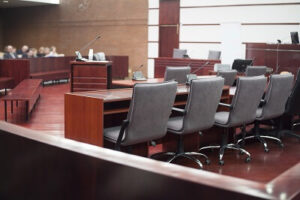 When Does a Defamation Trial Have a Jury? 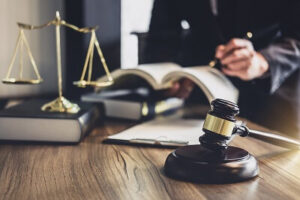 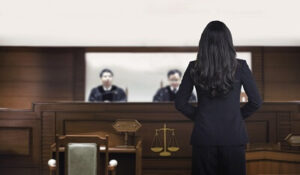 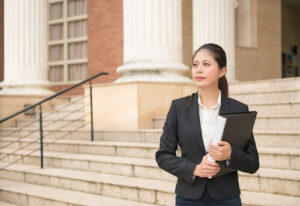 Filing Defamation Proceedings in the Federal Court of Australia